Marijuana often demonstrates the ability to win over even the most conservative of individuals. That said, winning over the hearts and minds of America’s vast regions isn’t complete until cannabis endears itself to the nation’s most conservative citizens and lawmakers in the southeast.

Recent activity indicates that it may just be happening.

Commonly known as the Deep South, the region is the Bible Belt’s shiny, conservative buckle. It’s where conservative viewpoints almost always win out. There, progressive agendas like cannabis reform often face an uphill battle that rivals that of Sisyphus.

The states that make up the region—Louisiana, Mississippi, Alabama, Georgia, and South Carolina—are home to some of the most self-identified conservatives in the nation. A 2014 Pew political poll found Alabama and Louisiana identifying as the most politically conservative in the country. All of the Deep South finds itself in the upper portion of self-identifying as religious states as well, according to Pew. This includes Alabama, Louisiana, and Mississippi identifying at 86%, 84% and 83% Christian respectively.

Shifting sentiments are underway in areas. The region has made marijuana reform, but not without its hurdles. In Louisiana, its long-anticipated medical market opened in August 2019 after being signed into law in 2015. Despite being slow to open, the medical market could be the first significant legislative domino to fall across the Deep South.

Additional reform could come to Louisiana if voters have their say. In the months leading up to the medical market’s opening, an in-state poll found that 55% of respondents support recreational legalization.

Mississippi could be the next state to pass a substantial medical cannabis reform. There, citizens have two medical marijuana bills on the ballot this November. The momentous occasion doesn’t come without concern. Advocates accused lawmakers of putting up a more restrictive proposal to rival the reform advocates truly seek.

Neighboring Alabama won’t vote on any marijuana reform in 2020, but could soon enough. In the meantime, education and networking efforts are underway. The Alabama Cannabis Industry Association (ALCIA) recently launched a new website to connect the local industry and supporters. Attempts to unite the community could help bring together thousands of supporters across the state. They include over 23,400 people who supported legalization in an April 2019 AL.com unscientific poll.

Rep. Mike Ball, who introduced medical marijuana bill HB 243 in the state legislature in March 2020, told High Times that the COVID-19 pandemic derailed the bill’s chances this year. However, Ball remains optimistic for the near future. “Barring some unforeseen circumstances, I see nothing keeping it from passing within the next year,” he said.

Rep. Ball added that medical reform may be the ceiling for Alabama at this time. “I don’t believe that recreational marijuana will be legalized in Alabama anytime in the near future, although some relaxing in the sentencing for possession for personal use would not be an unreasonable expectation.”

Erik Danielson, an attorney and cannabis entrepreneur who operates The Source medical marijuana dispensary in Bentonville, Arkansas, said he is looking at both Alabama and Mississippi as possible business opportunities if either approve of medical marijuana. Danielson, whose portfolio also includes a cultivation and processing facility in Oklahoma, said the destigmatization of the plant is driven by nearby states passing legislation.

“The taboo has gotten so normalized that people finally realize that the sky is not going to fall if people have access to cannabis,” the entrepreneur said of the change in marijuana sentiment across the South.

The same perception shift seems to be underway in Georgia. The state legalized low-dose THC oil for a limited few conditions in recent years. Recently, polls indicated that 77% of respondents supported greater access to cannabis.

Zane Bader is a public relations professional for cannabis firm NisonCo. The former secretary and board member for Students for Sensible Drug Policy resides in Athens-Clarke County, which he calls a “blue pocket within the red state.”

Bader said public opinion appears to be shifting in favor of cannabis. He commended the 11 municipalities that passed decriminalization ordinances so far. While acknowledging pre-arrest diversion programs in his community, Bader highlighted criminal justice concerns.

“These programs are undoubtedly an improvement since citizens will not be arrested and will not have anything added to their record, but the downside is that it’s up to the discretion of the officer to offer the program, which can lead to racially-biased enforcement,” Bader opined.

In 2016, research from Atlanta City Councilman Kwanza Hall found that African Americans made up 90% of Atlanta’s marijuana arrests.

Cannabis arrests are concerning in Deep South states like South Carolina as well. The state has the second-highest arrest rate for cannabis offenses, according to an American Civil Liberties Union report using FBI data. Seven of the leading 20 counties in cannabis arrests came from the state.

Despite arrests and a lack of legislative delays, reports of progress exist. Jeff Zucker is a cannabis entrepreneur in Colorado who grew up in South Carolina. The co-founder and president of cannabis business strategy firm Green Lion Partners said sentiment “evolved quickly” along with the country. 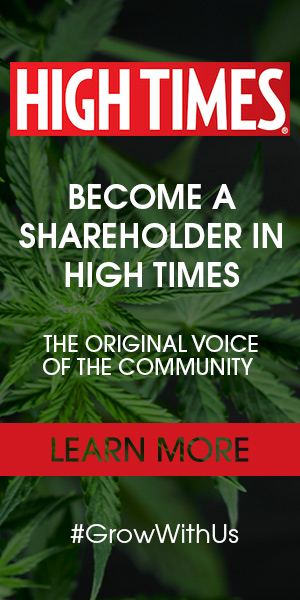 However, Zucker stated that conservative lawmakers continue to hold up reform efforts. “In a state like South Carolina that doesn’t have ballot initiatives, it is a lot harder to get the legislators on board despite medical cannabis polling very favorably with their constituents.”

Zucker commended religious groups such as Clergy for a New Drug Policy for taking progressive steps. “While there are generally more opponents in the religious community, we are starting to see that trend the other direction,” Zucker said of the group, which includes partners like the American Civil Liberties Union and the Drug Policy Alliance, among others.

The oft-ardent conservative region, from Louisiana to South Carolina, appears to be making incremental progress when it comes to cannabis reform. That said, respondents did mention disparities occuring when leaving the confines of cities like New Orleans for the more rural parts of the state.

Deep South conservative viewpoints extend beyond the five states, often leading to a blurring in the region’s geographic definition. Or, as Brett Puffenbarger, the director of communications for  Suncoast NORML put it: “There is a popular saying here, that ‘in Florida the more North you go the farther south you are getting’, at least from a cultural standpoint.”

Despite conservative views towards an array of topics, cannabis shows it can move the needle in the positive direction. In all, the South appears to be getting on the bandwagon. It’s just going to happen at their pace.