Recreational cannabis was legalized by the passage of HB 1438 on May 31st, 2019 but it has taken months for Illinois to establish the required regulatory framework for a large undertaking. The process was made easier considering the state has a history with cannabis legalization. Medical cannabis use has been legal in Illinois since 2013 and as of now there are nearly 100,000

eligible patients. The most logical next step after medical cannabis legalization was to legalize recreational cannabis sales and use.

When Governor J.B. Pritzker took office, he made numerous promises to radically update Illinois’ cannabis policy. So far he has kept many of those promises including the recent implementation of legal recreational cannabis. It is clear based on their actions that Pritzker and his administration have made cannabis a priority throughout their first year in office.

Toi Hutchinson, who was appointed as the senior adviser for cannabis control in Illinois by Pritzker, said during a press conference on January 2nd that the state’s 37 different dispensaries completed 77,128 transactions worth an estimated $3.17 million. Hutchison also stated, “The amazing thing about that is that there’s a significant portion of these dollars that go directly into this community reinvestment fund, so we can continue to rebuild communities that have been hardest hit by the war on drugs.”

In an attempt to rebuild some of the communities most disadvantaged by the war on drugs, Governor J.B. Pritzker pardoned some 11,000 cannabis-related convictions. With the new Illinois recreational cannabis law in place, there is the potential that over 110,000 other misdemeanor cannabis offenses could be expunged. The potential future expunging of criminal records will have a greater impact than any profits or tax revenue generated from cannabis legalization will.

It is always easy to admire the gaudy financial statistics associated with the legalization of cannabis, but the human impact of must not be forgotten. Expunging criminal records positively impacts the lives of those who have been damaged by the war on drugs. It allows those people to begin the rest of their lives without the stain of a criminal conviction for possessing or using a substance that is now considered legal in some capacity by a majority of U.S. states.

Due in large part to recreational legalization and the expunging of criminal records, Illinois is clearly taking steps towards becoming one of the nation’s most progressive states when it comes to cannabis regards. 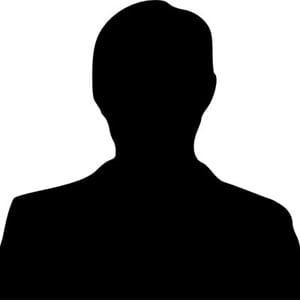 Lane is based in Southern California and is a content curator for Medical Marijuana 411. He spends his free time playing guitar and walking on the beach. He focuses his research into finding informative stories that can help medical marijuana patients better understand their diverse medicine.

Medical Marijuana 411 values providing our readers with information about the latest cannabis related topics for educational purposes and not for the intention of advocacy. This is not an advocacy-based organization. For ailment specific questions, please consult your primary care physician.